Not many hours from now, the world will welcome in a new year, 2017. At midnight, when I intend to be fast asleep, people at parties and in public places will be exclaiming, Happy New Year! For people in Japan and other parts of Asia, that will already have happened by the time this is posted.
So, I join in wishing you a Happy New Year! But especially to those of you in the U.S. and of like mind, my greeting is this: Happy New Year of Resistance!

Concerns about the Trump Administration

Soon after the presidential election in November, several times I said, Things won’t be as bad as most of Trump’s strongest opponents think, but they will be a lot worse than most of his supporters think. I still believe that will prove to be the case.

But given the PEOTUS’s picks for his closest advisors and his Cabinet, many things may be pretty bad—especially for discriminated-against people and for the environment.


Many people are justifiably considered these nominees/appointees, such as the following:
Rex Tillerson – Nominee for Secretary of State – CEO of ExxonMobil and with close ties to Vladimir Putin as well as with large financial interests in countries around the world.
Jeff Sessions – Nominee for Attorney General – Senator from Alabama who has a long history of opposition to civil rights and was once blocked from a judgeship because of racist statements.
Andy Puzder – Nominee for Secretary of Labor – CEO of CKE Restaurants; among other things, he is an opponent of raising the minimum wage.
Rick Perry – Nominee for Secretary of the Department of Energy – Even though he temporary forgot the name of it, in a Republican primary debate in 2011 Perry said he wanted to do away with the DoE.
Betsy DeVos – Nominee for Secretary of Education – Businesswoman who advocates private schools; her support for vouchers, including for Christian schools, is a threat to the separation of church and state.
Scott Pruitt – Nominee for Administrator of the Environmental Protection Agency; he wrote in a May 2016 article that the global warming debate “is far from settled.” He adds, “Scientists continue to disagree about the degree and extent of global warming and its connection to the actions of mankind.”
Steve Bannon – Appointed as Trump’s Chief Strategist; until recently he was executive chair of Breitbart News, which he claimed was the platform of the Internet-based alt-right.
Leading the resistance
There are various groups working on resisting problems that will probably become explicit under the new Administration. The Sojourners, a group I have learned from and supported for 45 years, is one such group. I encourage you to take a look at this article: “10 Commitments of Resistance in the Trump Era.” 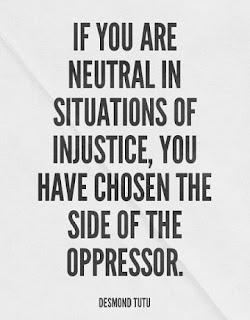 Two of the best books I have read this year are by Rev. Dr. Robin Meyers, pastor of the Mayflower Congregational UCC Church in Oklahoma City. His stimulating book The Underground Church: Reclaiming the Subversive Way of Jesus was published in 2012.
Meyer’s book Spiritual Defiance: Building a Beloved Community of Resistance was published last year. It was based on his Lyman Beecher Lectures at Yale Divinity School in 2013.
Those two books were written before the Nov. 2016 election, of course, but they are especially relevant now.
I also recommend careful consideration of “Joining the resistance: A 100-day counter-agenda for the Church” (see here) by Rev. Dr. Cody Sanders, pastor of Old Cambridge Baptist Church in Massachusetts.
These are but a few of the individuals/groups leading efforts of resistance to injustice and the political misuse of power. Let’s join together in this important endeavor.
Happy New Year of Resistance!
Posted by LKSeat at 9:01 AM