The Folly of Christmas

Yesterday was Christmas Day. Just like five years ago it was Sunday, an especially good day for family and friends to get together and to enjoy a festive time. But, oddly, Christmas on Sunday isn’t a particularly a good day for churches.
Most churches had scaled back activities yesterday, and some even had expanded Christmas Eve programs and no services on Sunday.
A foolish claim?
This article, though, is not about the folly of Christmas Day being on Sunday. It is about the folly of Christmas itself—and I am writing this partly as an extension of my previous blog article titled “In Praise of Folly.”
When you get right down to it, isn’t the Christian claim that God Almighty chose to send the Savior of the world as a baby born in humble circumstances in a sparsely settled place in the world a rather foolish one?
Walking where Jesus walked
In the summer of 2015, I went with my daughter Karen to Israel/Palestine. Our first time there, we greatly enjoyed traveling in a rental car from Tel Aviv to Nazareth—and then to Tiberius on the west bank of the Sea of Galilee, to Capernaum on the north bank of that beautiful sea, down the east side of that sea to the Dead Sea, and then on to the fascinating city of Jerusalem.
Our time in the “Holy Land” was certainly interesting and enjoyable. For me, though, it was not a time of great religious impact—in a positive sense at least.
People who lead, and especially tourist agencies who sell, tours to Israel encourage people to join in their “inspirational journey” in order to have a “life-changing” experience by “walking where Jesus walked” (words from a travel website).
That wasn’t exactly what I experienced.
I visited the Church of the Nativity, the large, ancient building over the place in Bethlehem where Jesus supposedly was born. We also visited Nazareth Village, a reconstruction of what Jesus’ boyhood neighborhood looked like—and quite near to where he probably lived.
At Capernaum we walked on the seashore where Jesus called his first disciples. We then drove up the big hill north of that small town to where Jesus delivered what is called the Sermon on the Mount. Later that week we saw where Jesus was crucified and visited the Church of the Holy Sepulcher, built on the site where Jesus was buried and then resurrected three days later.
The foolishness of God
It was particularly in Nazareth and Capernaum that questions began to rise in my mind. Why would God choose such a remote, provincial, unsophisticated place as Nazareth to be the Savior’s hometown and an insignificant, out-of-the-way town like Capernaum to be the place for him to begin his ministry?
An even greater question is this: Why would Christ become a human being at all?
As Erasmus expressed it in The Praise of Folly, Christ “became a fool when taking upon him the nature of man” (Wilson trans.; Kindle loc. 1256). The reference there, of course, is to Philippians 2:6-8, the basis for what biblical scholars refer to as kenotic theology, which explains the eternal Christ emptying himself to become a human.
The Apostle Paul’s answer, though, which Erasmus also quotes, is this: “the foolishness of God is wiser than human wisdom” (1 Cor. 1:25).
Yes, it was through the folly of the first Christmas that the Savior came into the world. On this day after Christmas, we each one are challenged to grasp the great significance of the “foolishness” of Christ’s birth—and to live our lives accordingly. 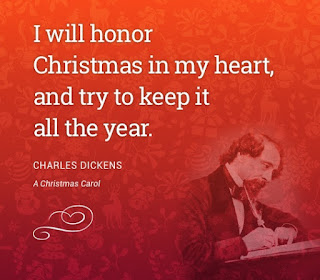