We never give up. Our bodies are gradually dying, but we ourselves are being made stronger each day. These little troubles are getting us ready for an eternal glory that will make all our troubles seem like nothing. Things that are seen don’t last forever, but things that are not seen are eternal. That’s why we keep our minds on the things that cannot be seen. (2 Corinthians 4:16-19, Contemporary English Version)


On this last day of the year and on the cusp of a new year, we are drawn into thinking about the passage of time. And some of us have seen a considerable passage of time: for example, today is the 27,898th day since I was born. 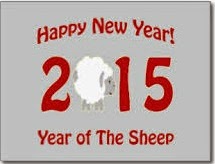 Perhaps all of us who have passed the 27,000th day mark realize that our physical bodies “are gradually dying.” But I hope we are also experiencing “ourselves” as “being made stronger each day.” Unfortunately, I am afraid that not all of us are experiencing that.


It seems that many people now do not recognize the actuality of “an eternal glory” and do not keep their minds “on the things that cannot be seen.”
Across the country and around the world, I fear there has been a considerable loss of a sense of eternity even among those who are Christian believers. Except for those who are firmly entrenched in the world of conservative evangelicalism, the reality of eternity seems to be becoming dimmer and dimmer.
In the Christianity of the past there was often too much emphasis on Heaven and not enough emphasis on this world and its present ills. There was too much stress on “the sweet by and by” and not enough on “the dirty here and now.”
With all the emphasis on eternity, the hope of Heaven was sometimes used to justify deplorable conditions on earth in the present. For example, slaves were told to be patient and to endure their current suffering steadfastly, for soon they would be walking on the streets of gold.
In many Christian circles, the idea of Hell as everlasting punishment has been discarded—and most of us would say “Good riddance.” (I have long understood Hell as annihilation.)
It also seems that more and more the idea of Heaven as everlasting bliss to be enjoyed in the future by individual human beings is also fading.
Part of the reason for this change may be a common misunderstanding of the meaning of “eternal,” long considered to be unending time. Properly understood, however, eternity refers to a state of timelessness, not to time which goes on endlessly.
Eternity is the realm of God, Creator of Heaven and earth—and of time. To God, all space is Here and all time is Now. God’s “existence” is in what some theologians refer to as the “eternal now.”
This juxtaposition of the Creator and the created, or time and eternity, causes many to focus only on the created world and on matters that exist in time while questioning and even rejecting ideas about God and eternity. This problem is due to what Kierkegaard referred to as the “infinite qualitative distinction” between God and humans.
So today and tomorrow as we think about time passing from 2014 to 2015, this is a good time to reflect also on the meaning and significance of eternity and to focus our minds on the things that cannot be seen—as well as to give attention to things, and people, that can be seen and need our care and kindness.
We humans were wonderfully created to live simultaneously in both time and eternity.
Posted by LKSeat at 5:27 AM