Most of you know well who Glenn Miller was. You likely listened to and enjoyed his music years ago—and maybe even recently. As I write this, I am listening to a 2005 CD titled “The Essential Glenn Miller.” It got me “in the mood” to write about the talented musician, arranger, composer, and bandleader. 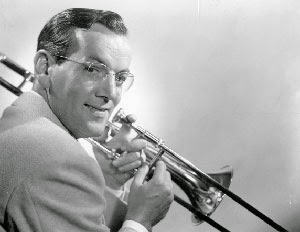 I am writing about Miller at this particular time because it was on December 15, 1944, that his airplane went missing over the English Channel. It is thus assumed that he died 70 years ago today.
Most of you may not know that Glenn got his first trombone and had the beginning of his musical career in the little town of Grant City, Missouri—which just happens to be my hometown. Miller was born in Clarinda, Iowa, on March 1, 1904, but in 1915 his family moved to Grant City where they resided until 1918.
According to the memorial erected on the courthouse lawn by the Worth County Historical Society in 1999, it was in the county seat town of Grant City that Glenn “acquired his first trombone and taught to play by John Mosbarger, the town band director. Young Miller worked as a shoe shine boy in Mosbarger’s cleaning parlor.” 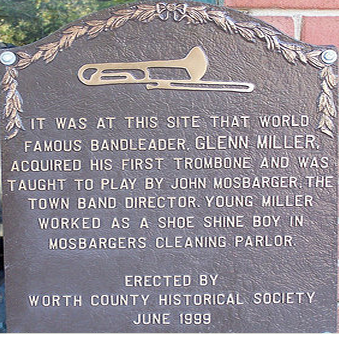 I couldn’t find it documented anywhere, but I remember hearing how some of the people in the Grant City town band didn’t particularly like for young Glenn, who apparently looked sort of tacky, to march with them. In response to their grumbling, Mr. Mosbarger (1881-1956) told them than if they didn’t want Glenn to march with them, then he could walk with him at the front of the band.
On the front page of the June 11 issue of The Times-Tribune, my hometown weekly newspaper, there was an article titled “70 years After His Death, Glenn Miller’s Legacy Lives On.” That weekend was the 39th annual Glenn Miller Festival in Clarinda.
I wish I could have attended those festivities, for in addition to the current Glenn Miller Orchestra being there, the Tamana Girls High School Band from Japan also performed. (Tamana is a town about 60 miles from where I lived in Japan for so many years.)
The 1954 movie “The Glenn Miller Story” premiered in Clarinda. During my high school years in Grant City, my only girlfriend was Chloris King. Her mother, Verga (1896-1974), was John Mosbarger’s sister, and I remember Chloris telling about her parents going to Clarinda with Uncle John and his wife Effie for the premier of that film. Jimmy Stewart, who played Miller in the movie, was there for that gala opening. 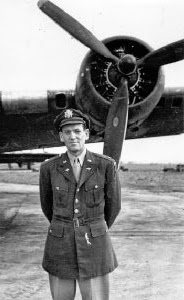 People from Worth County were disappointed that the movie started after the Miller family had moved away from Grant City, so the town is not mentioned at all. But Grant City is referred to in various online websites about Glenn Miller, including Wikipedia.
The town is also mentioned in Scott Stanton’s 2003 book “The Trombone Tourist,” and John Mosbarger is quoted: “Grant City, Missouri, in 1917 wasn’t a very big place, and when a strong-lunged youngster cut loose on a trombone, you heard him all over town” (p. 171).
In 1942 Miller, at the age of 38, volunteered for the U.S. military and formed the Glenn Miller Army Air Force Band. On Dec. 15, 1944, Glenn boarded an airplane in England and set off for France, where he was going to perform in a Christmas program. He was never heard from again; his plane apparently crashed in the English Channel. What a tragedy!
Posted by LKSeat at 5:26 AM