In this first blog article of 2015, I am reflecting back on the year that has just ended and am sharing some of my prayers for the year that lies ahead.
First, I pray for health and happiness for all of you, my dear readers. I much appreciate each of you who have read most, or even some, of my articles this year.
Although I would like to have heard from more of you, comments have been posted by and emails received from readers all across the U.S. and Canada as well as from overseas. I sincerely appreciate all the comments received, even those that did not agree with what I wrote.
No one knows who, but some of us probably won’t be here at the end of 2015. Some to whom I regularly sent blog links by email and others to whom I sent printed articles occasionally are no longer living.
So while I pray for our health and happiness, none of us know how many days we have left. Since they may not be as many as we would like to think, I pray that we will make the most of those we have. 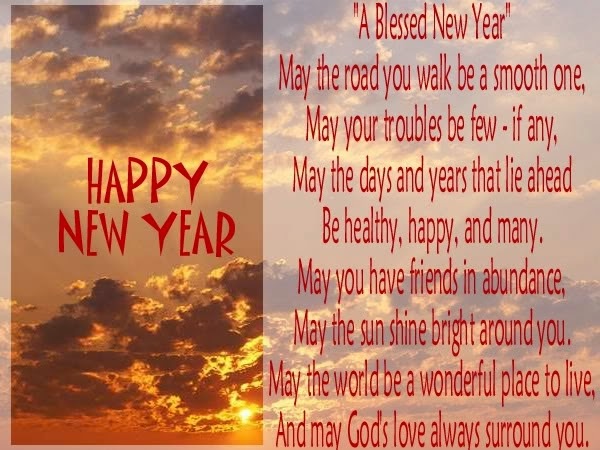 Now looking out across our country and world and again reflecting on the events of this past year, I pray that there will be a lessening of racial tensions and of bad relations between police officers and ordinary citizens, especially people of color.
As you know, since the shooting death of Michael Brown in Ferguson, Mo., and the choking death of Eric Garner in New York—and especially since the police officers involved in those death were not indicted—there have been widespread protests and some violence across the country. And then on Dec. 20, two police officers were senselessly murdered by an apparently demented man.
Lord God, I pray that in this new year everyone will come to realize, indeed, that “black lives matter” and that the lives of police officers matter, too.
One of the most tragic events of this year has been the warring activities of ISIL, or ISIS, which refers to itself as the Islamic State (IS). Their atrocious activities led to the U.S. response of bombing IS targets in Iraq and Syria.
Lord, I pray that in 2015 fighting in the Near East may begin to wind down, that the hostilities of IS will be contained, and that all people of good will in that troubled part of the world can begin working together for peace.
The Ebola outbreak in western Africa and fears of that terrible disease spreading in this country was one of the scariest news stories of the year, and my prayer is one of gratitude that it did not become a problem of note in the U.S. and one of intercession for those still suffering from Ebola in Liberia and the surrounding countries where the effects of that crisis linger.
One of the biggest political events in the U.S. last year was the capture of the Senate by Republicans, who did well in the November elections. The 114th Congress will convene tomorrow, January 6, and it remains to be seen how it will fare. My prayer is that there can be increased working “across the aisle” and meaningful legislation can be passed for the well-being of people across the country.
Gracious God, thank you for the new year and the hope of good things coming to pass in it. May your will be done on earth as it is in Heaven. Amen.
Posted by LKSeat at 5:32 AM