How Should We Read the Bible Today?

Although he wrote it back in 2001, eminent biblical scholar Marcus Borg declared, “Conflict about the Bible is the single most divisive issue among Christians in North America today.” We don’t know if he would say the same thing now, for, alas, he died in January. (In March I wrote about him here).


Today, though, it seems to me that the most divisive issue among Christians is same-sex marriage—but that squabble is largely because of opposing understandings of how to read and interpret the Bible.


Borg’s book is titled “Reading the Bible Again for the First Time: Taking the Bible Seriously but Not Literally.” In many ways it is similar to another good book written three-quarters of a century earlier: Harry Emerson Fosdick’s “The Modern Use of the Bible” (1924). 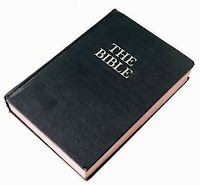 Recently, I have looked through another excellent book on this subject: N. T. Wright’s “Scripture and the Authority of God: How to Read the Bible Today” (2011). And then there is a new book which I haven’t seen yet: Harvey Cox’s “How to Read the Bible”—but I have read Jonathan Merritt’s informative interview with Cox about his book. (That interview was published last month here.)


If more people had read and heeded Fosdick’s book, many of the needless “Bible wars” of recent decades could have been avoided—and maybe the newer books would not have been necessary.


There are some who still today see the Bible as a rulebook. That seems to be their primary “mental framework.” The issue of same-sex marriage, for example, is decided by the rules, the prohibitions, the condemnatory words found in the Bible and considered binding at all times and places.


Others of us see the Bible as a record of God’s grace, a book abounding with the good news of life, love, light, and liberty—the 4Ls that I have emphasized for years. Those are the “abiding experiences” that we find in the Bible and seek to live by today.


When I read the many anti-gay or anti-same-sex marriage arguments from conservative Christians, I see that they are legalistically holding on to the mental framework of the past, but I have trouble seeing how they are upholding the abiding experience of a gracious God.


Certainly the Bible contains condemnation of sin, that which destroys a proper relationship with God and which injures others as well as oneself. That is, the Bible condemns such sins as pride, greed, idolatry, and injustice.


All human actions that devalue others—treating people like things, exploiting them, using them for one’s own selfish ends, etc.—are all expressions of human sinfulness. It is most likely that the only type of homosexual activity condemned in the Bible were those kinds of actions. And there was, no doubt, that kind of activity then.


And there still is. But that certainly doesn’t mean that all homosexual activity is of that nature.


The Bible’s condemnation of the sinful treatment of others is not a reasonable basis for rejecting same-sex marriage between consenting adults who seek to live a life of covenanted commitment to each other.


The abiding experience of God’s grace for all people, including those who wish to be in a committed same-sex relationship, should surely not be defined by people who read the Bible with the mental framework of an era long past.
Posted by LKSeat at 5:28 AM