We Need Each Other


It is certainly all right to disagree with ideas that you think are wrong. At the same time, there needs to be careful consideration as to what is being said, and then when there is disagreement, that needs to be expressed in a respectful manner. I am grateful that those who post comments on this blog do it respectfully.
Now I am writing to emphasize that we need each other. I am not talking about the way that is portrayed in a song with that title by Sanctus Real, the Christian rock band. Their song was quite popular in some circles in 2008, and the lyrics are actually quite good.
Rather, I am emphasizing here how conservatives need liberals and liberals need conservatives. That is true whether we are speaking of theology or politics. Some of you may agree in general with this idea, but you may also wish there weren't so many on the other side.
My father used to tell about a man he knew who complained about there being so many Democrats in Worth County where he lived. When someone asked the man, “Don’t you think there ought to be Democrats?” he replied, “Sure, there should some Democrats. There just shouldn’t be so d*** many of them!”
Probably some of you think there shouldn’t be so d*** many liberals or so d*** many conservatives. But we need each other. And we need to listen to each other. We need each other in order to realize that issues are seldom as simple as we too often think.
We all have a tendency to believe that our ideas are completely right and the ideas of those who hold differing views are completely wrong. But it is only fundamentalists, whether on the right or the left, who think they are absolutely right and those who have differing views are absolutely wrong. And it is fundamentalism on both sides that is polarizing (and paralyzing) our country.
Everyone realizes, of course, that a bird or an airplane needs two wings to fly. Can we take that as a hint about how in both theology and politics there needs to be both right-wingers and left-wingers? 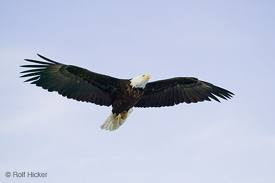 It is also true, of course, that for a bird or an airplane most of the weight is in the middle, between the wings. Is that also a hint about how in both theology and politics there needs to be more emphasis on the “radiant center” rather than on one wing or the other?
Posted by LKSeat at 8:23 AM