Fukushima and Daiichi have, unfortunately, become household words. As you know, Fukushima Daiichi is the name of the nuclear power plant in northeast Japan dangerously damaged by the disastrous March 11 earthquake/tsunami.

Fukushima is a common name in Japan, a family name as well as a place name. It is the name of one of the 47 prefectures in Japan as well as the name of the capital city of that prefecture, a city with a population of around 290,000—at least before the earthquake/tsunami greatly damaged much of the city. Ironically, fukushima means island of good fortune.
Daiichi simply means number one, and that is the name of the nuclear power plant with six reactors in Fukushima Prefecture. Those reactors went into commercial operation between 1971 and 1979. Fukushima Daini (number two), a nuclear power plant with four reactors, is located just a few miles away. In spite of such a huge earthquake, there seems to have no serious damage to the reactors at the Daini power plant. It was the powerful tsunami that caused most of the disastrous damage at Daiichi. 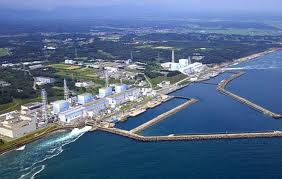 Many years ago I wrote an article for a Japanese YMCA publication questioning the use of nuclear plants. Part of my concern was the potential danger due to accidents, and part was because of the problem of disposing of nuclear waste.

But then I was not aware of the problem of global warming, at least partly linked to the emission of greenhouse gases. So now I think that probably the long-term danger from global warming is greater than the danger of radiation due to accidents or nuclear waste.

Even though there are certainly grave results from exposure to radiation, perhaps the disastrous effects of radiation have been exaggerated. This is not to deny in any way that there were thousands and thousands of people in Japan who died of “atomic bomb disease,” radiation poisoning, after August 1945.
My parents made their first visit to Japan in 1969. When we took them to the Peace Park in Nagasaki, my father marveled at how much vegetation there was all around. He said, “They told us after the war that nothing would grow in Hiroshima and Nagasaki for 75 years.” It was Dr. Harold Jacobsen, a scientist from the Manhattan Project, who told the Washington Post after the dropping of the atomic bombs that Hiroshima “will be barren of life and nothing will grow for 75 years.”

But when June and I first visited Hiroshima in 1967, just 22 years after the war’s end, there was ample vegetation already, even in the area near the epicenter, just as there was in Nagasaki in 1969 when we visited there with my parents.
So, we know that it is possible for local areas to overcome the effect of even atomic bombs, as terrible as they were. But the effects of global warming will be just that: global.

Certainly there needs to be every possible precaution taken to make nuclear energy safe. But in the long run, the continuing, and expanding, use of nuclear reactors is probably better for global society than continued, or expanded, use of coal- or gas-powered plants.
Posted by LKSeat at 6:18 AM