What about Nuclear Energy?

Tomorrow, August 6, is the 77th anniversary of the first time a nuclear weapon was used in warfare. That morning at approximately 8:15 a.m. (local time), a U.S. Boeing B-29 Superfortress bomber dropped an atomic bomb on the Japanese city of Hiroshima.

As I have made several posts regarding the bombings of Hiroshima and then Nagasaki three days later (see here, for example), this article is mostly about the later use of nuclear energy for peaceful purposes. 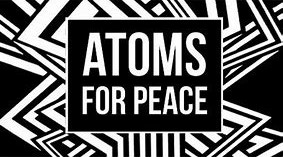 President Eisenhower made a significant “Atoms for Peace” address to the United Nations in December 1953, eight years after the nuclear destruction of the two Japanese cities. That began a period of high hope that nuclear energy could be used for the great benefit of the human race.**

From the beginning, however, the U.S. President’s proposal was partly propaganda and an excuse for building additional nuclear weapons for national security. That led to the Cold War era, and during Eisenhower’s time in office, the number of U.S. nuclear weapons rose from 1,005 to 20,000.

But Eisenhower’s seminal speech also led to the establishment of the International Atomic Energy Agency in 1957, which was set up as the world’s “Atoms for Peace” organization within the United Nations—and as their website shows, it is still quite active.

There have been three major reasons for widespread opposition to the development of nuclear energy.

1) The fear of nuclear weapons being used again in warfare, perhaps by a rogue nation or by terrorists. This was long my main reason for opposing the further development of nuclear energy. I wrote an anti-nuclear article 30~40 years ago for a local publication in Japan.

2) The possibility of accidents. Indeed, there have been three major nuclear accidents: Three Mile Island (Penn.) in March 1979, Chernobyl (Ukraine) in April 1986 (the world’s biggest nuclear accident), and Fukushima (Japan) in March 2011.

The first of those caused a dramatic shift in the enthusiasm for the development of nuclear power in the U.S. Large anti-nuclear demonstrations were held in Washington, D.C., in May 1979, and then in New York City that December.

This is an issue that must be carefully considered, and, indeed, in Atoms and Ashes: A Global History of Nuclear Disasters (2022), Serhii Plokhy, a Ukrainian historian at Harvard,

holds that the inevitability of accidents is one of several reasons to encourage nuclear power to drift into disuse, rather than give it a new role in the fight against climate change (from the June 25 issue of The Economist).

3) The high cost of building nuclear reactors and disposing of waste materials. According to this website, “the minimum cost per megawatt hour to build a new nuclear plant is $112, compared to $46 for utility-scale solar . . . and $30 for wind.”

And then, disposal of nuclear waste is a major challenge, both in terms of methods and cost.

So, what about now? In recent years, because of increased awareness of the seriousness of global warming, there has again been a growing movement favoring the use of nuclear energy.

The Russian war on Ukraine this year has also once again increased the appeal of the development and use of nuclear power, especially in Europe. Countries that were phasing out nuclear reactors are now postponing those plans.

In Japan, twenty-one nuclear reactors were decommissioned after the 2011 Great East Japan Earthquake, but now ten of those reactors have been restarted and plans are in place for more restarts in the years ahead.

It seems to me that in spite of the risks (and the cost), the industrial countries of the world must make plans immediately for the increased construction of nuclear reactors for the energy needs of the world.

True, destructive nuclear accidents are possible, but more widespread destruction of the world as we know it is quite certain if global warming is not controlled. Nuclear energy is one of our best hopes for significantly slowing the crisis of global warming.

What do you think?

** “How The Atom Changed The World” is an informative 55-minute video (available here on YouTube) regarding the use of nuclear energy for peaceful purposes; it begins with Eisenhower’s emphasis on Atoms for Peace and deals with the pros and cons of nuclear energy up through 2021.

++ Some of you may be interested in exploring this link to “Nuclear Prayer Day” tomorrow (Aug. 6); it is especially to pray for a world free of nuclear weapons.