Do Preachers Promise Too Much?

In the last few years, Fred Heeren has become a good friend of mine, although we don’t spend a lot of time together. When we do have time to talk, though--as we did during lunch after church on April 28--we always have interesting, meaningful talks. This article was sparked by a comment Fred made during that 4/28 lunchtime chat.
Introducing Fred
Fred grew up in and initially embraced the theology of conservative evangelical churches--just as I did. Perhaps he was in that camp for a little longer than I was, but he and I have both grown into a much broader understanding of God and of what it means to be a Christian in the contemporary world.
Fred is especially interested in the relationship between belief in God and science. On his website, he introduces himself as a science journalist. He is currently working hard on another book about science and religion. The revised edition of his Show Me God: What the Message from Space Is Telling Us About God was published in 2004.
Fred is the president of Day Star Ministries (see here), whose first purpose is “Breaking down barriers — especially those that keep un-churched people and the gospel message apart.”
That clear concern for Christian apologetics is one reason Fred and I have enjoyed having deep discussions, for that has been a life-long concern of mine.
Quoting Fred
As we were talking on April 28, Fred said, “You know, I think sometimes we promise too much.”
When I wrote him an email asking about that comment, Fred responded, “Seems to me there’s a great gap between what most preachers (and Sunday School teachers) lead us to expect and what the Christian life actually entails. Some of my friends became atheists when their prayers seemed ineffective.”
Fred’s statement is an accurate one, I think. 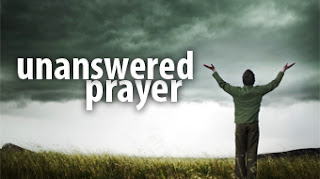 The main promise is of eternal life, of course--and that is surely a legitimate promise. But what about the promise of “health and wealth” in the world now? What about the “name it and claim it” emphasis of some churches, which has spawned the growth of “prosperity gospel” churches in this country and especially in Africa and South America?


Sharing Fred’s Concerns
Promising health, wealth, and happiness is, quite surely, one reason for the flourishing of many conservative evangelical and/or Pentecostal churches. But those promises have also caused many people to leave not just those churches but Christianity altogether.
It is easy to measure the attendance or membership of large, thriving churches. It is not so easy to ascertain the number of people who have ceased attending and who have no connection to those churches even though their names may still be on the church membership rolls.
Fred is the main leader of a “Meetup” group known as “Provocateurs and Peacemakers.” The vast majority of those who attend their regular meetings are now agnostics or atheists. Many of them, though, grew up attending church services and hearing sermons regularly.
Many of them, also, likely felt a problem when heartfelt prayers were not answered. Some were likely told they didn’t have enough faith. For various reasons they experienced doubt and disillusionment--and then departure from the church.
In this connection, I recommend reading “If you’re sad about Rachel Held Evans (and other un-answered prayers),” a recent article by Mike Morrell (and found here).
Mike quotes a friend, who wrote after Rachel’s death: “. . . whatever faith I had left in prayer is gone. She had so many people praying for her. What’s the f#$%ing [sic] point?”
Mike’s friend, as well as many of Fred’s friends, likely heard preachers, and other Christians, who promised too much.