Growing in the Faith

Is your religious faith, or lack thereof, the same now as it was, say, when you were twenty years old, or (for you mature adults) when you were forty years old? If not, how would you explain the difference? Is the difference due to growth or stagnation?
CONSIDERING A QUESTION
One of my church friends, who fairly recently became a Thinking Friend, is a young woman who had strong ties to Southern Baptists while growing up. Her family still has close ties with the Southern Baptist Convention: her sister, for example, is currently a student at Midwestern Baptist Theological Seminary here in Kansas City.
My friend, who is an activist and quite “liberal” in her social views, knows that I was a Southern Baptist for most of my life but that I now largely agree with her and share most of her “liberal” social views.
A few weeks ago my friend asked, “What caused you to change?”
My answer: “I would like to think it has been the result of growing in the faith.”
Indeed, I do think that—but I realize that there are others who knew me “back then” who would have a different assessment. They would likely explain my change as being due to abandoning the faith—at least the faith as was known and practiced by most Southern Baptists in the 1950s and by many SBs still.
CONSIDERING AREAS OF CHANGE/GROWTH
Two of the main areas in which I believe I have experienced change/growth in faith are (1) change from an exclusivistic view of God and God’s relationship to the people of the world to much more inclusivistic view, and (2) change from a predominantly other-worldly view of life to an equally dominant, if even not more prominent, this-worldly emphasis .
Perhaps reading J.B. Phillips’s Your God Is Too Small (1953), during my first year of college started me growing toward a view of God that was broader, more inclusive than what I had grown up thinking/believing.
Back in 2015, I ended my Oct. 15 blog article with these words:

Without question, Christianity has often held to an exclusivism that has been divisive and restrictive. But a deeper understanding moves one from exclusion to inclusion and from restriction to expansion. – Maturing in faith impels a person to move from the us/them mentality of childhood to including “others” as a part of an inclusive circle of “we.”

Then, consistent with the evangelicalism/revivalism that I was nurtured in and embraced well into my 30s, the overwhelmingly important mission of the Christian faith, I thought, was “saving souls” for life after death, for Heaven. That is an “other-worldly” emphasis that many of you readily recognize.
But gradually I came to understand that human life and well-being in this world is of great importance--and, in fact, the Kingdom of God is as much about, or even more about, God’s desired reign now rather than after the “end of the world.” 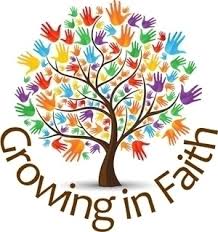 CONSIDERING EXAMPLES
Some of the contemporary Christians I admire the most, and by whom I have been influenced, have a story similar to mine. They also moved from a narrow, fundamentalistic type of Christianity toward a broader, socially “liberal” position on many issues.
Three good examples are Jim Wallis, Philip Yancey, and Brian McLaren—three “mature adults” in their 60s. I must write more about these three: to this point in my blog articles, I have “labeled” Wallis twice, Yancey once (here on 10/5/16), and McLaren not even once.
First, though, I plan to write about the ten Christian speakers/writers whom I admire most—and who have helped nurture my growth in the faith.
Posted by LKSeat at 5:46 AM