Those of you who have had some theological training will likely recognize the Greek word aletheia. It is the word used many times in the New Testament and translated into English as truth. According to John 14:6, Jesus claims to be the truth (ἡ ἀλήθεια).
Well, last week I was trolled by someone who gave his (surely it wasn’t a her!) name as Alethia 21—and I assume that name means the same as aletheia. That person, about whom I was unable to find any other information, left very negative comments on four different blog articles of mine.
All along I have encouraged people who disagree with my views/ideas to speak up. I have welcomed dialogue—and there has to be some disagreement for there to be any real dialogue. But I have also expected civility, and I have always tried to be civil toward those with whom I have disagreed. 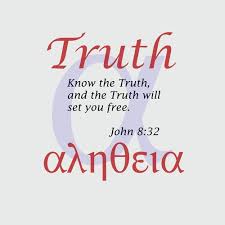 Alethia 21, though, didn’t mince words—and didn’t seem to pay much attention to civility. In the comment he posted on my Feb. 19 blog article, he said, “But now I realized your [sic] a sanctimonious sarcastic liberal. Quite ignorant of what really goes on in life I might add!”

(Well, I may be somewhat ignorant of what really goes on in life, but at least I know the difference between your and you’re! And you should read some of the harsh things he said!)
At the beginning of another comment—and true to his Internet name—Alethia 21 declared, “The issue is always TRUTH! We can say the truth but we can do so in a Christian manner!” Then, just before referring to “Lucifer Obama,” he wrote, “If truth insults then so be it!”
(Actually, these latter comments were later removed by Alethia 21.)
Several times I have seen conservative Christians insisting that it is more important to be biblically correct than to be politically correct—although I have not been able to see why it has to be one or the other.
The insistence on being biblically correct is almost always tied in with a literalistic reading of the Bible considered to be inerrant. Among other things, but at or near the top of the list of what it means to be biblically correct, is the gay/lesbian issue.
Much of Alethia 21’s emphasis on truth, and much of his anger toward me, was directly related, it seems, to his vociferous opposition to gay/lesbian rights. What looks to us “liberals” as political incorrectness (as well as ignorance and bigotry), seems to people like Alethia 21 to be adherence to the truth of God’s word.
That kind of polarity in society, and among people who claim to be Christians, seems to be insurmountable in this present time. How can people be so greatly divided about the truth? And why do some professing Christians think it is all right to clobber others with the truth (as they see it)?
Perhaps the over-confident and overbearing use of truth fueled development of the post-modern view that denies there is any “absolute truth.” Everything becomes relativized: you have your truth, I have mine.
Back in 1995 a helpful book dealing with the challenge of post-modernism to Christianity was published under the title Truth Is Stranger Than It Used To Be. That title expresses the present reality.
Certainly, the post-modern view of truth is much kinder than old views such as that the one held by Alethia 21. But is it the truth? Probably not.
But, admirably, this view at least rejects the legitimacy of clobbering people with “truth.”
Posted by LKSeat at 5:30 AM