In my recent article about Jane Addams, I mentioned that she was one of the co-founders of the American Civil Liberties Union (ACLU) in 1920. That organization, now 95 years old, has been much appreciated by some people and much maligned by others.

According to their Twitter page, “The ACLU is a nonprofit, nonpartisan, public interest law firm and advocacy organization devoted to protecting the basic civil liberties of everyone in America.”
The ACLU has had a long and meritorious history of advocating for basic freedoms—especially freedom of speech and freedom of religion as well as freedom from religion—of individuals and groups in the United States.

Yet, some Christian groups, such as the Liberty Institute, charge the ACLU (along with the federal government) as being “aggressive opponents of religious freedom.”
And in June of this year, Ken Ham, the founder and CEO of the ultra-conservative Answers in Genesis, wrote on his blog that the ACLU “have consistently showed that they are hostile towards Christians and Christianity.”
These are just two of many examples that might be given of conservative Christians criticizing the ACLU—and that criticism goes all the way back to 1925, for the ACLU was behind John Scopes challenging the law prohibiting the teaching of evolution in the public schools of Tennessee.
To counter the ACLU, in 1990 the American Center for Law & Justice (ACLJ) was founded by Pat Robertson, an ordained Southern Baptist minister whom Wikipedia refers to as a “media mogul.” (The similarity of the acronym was intentional.) 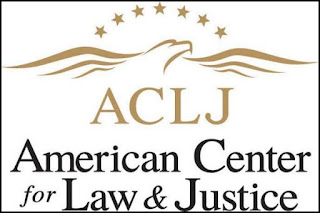 As you know, or would guess, the ACLJ is a politically conservative organization linked to the religious right. From the beginning it was associated with Regent University School of Law in Virginia, also founded by Pat Robertson
Since 2000, though, the ACLJ has been headquartered in Washington, D.C., and when I visited there I was impressed with its proximity to the Supreme Court Building, whose entrance is just a four-minute walk away. 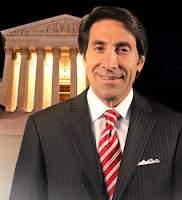 Since 1992 the leader of ACLJ has been Jay Sekulow (b. 1956), who has an undergraduate and a J.D. degree from Mercer University, which was associated with the Georgia Baptist Convention until 2006.
Sekulow is a sharp, articulate spokesman for ACLJ. I have heard him speak, and chatted with him briefly, a couple of times, and I have also heard him a (very) few times on Bott Radio, where he has a 30-minute program five days a week.
His program is called “Jay Sekulow Live,” and Bott Radio calls it “a bold half-hour program addressing the problems of Christian rights in the workplace, school and marketplace of ideas.”
Through the years, most of those active in the ACLJ have reaped the benefits of “white privilege,” and it seems that they are now doing all they can to maintain “Christian privilege” as well.
That is a major difference between these two organizations: whereas the ACLJ primarily is an advocate for the religious freedom (as they understand it) of Christians, the ACLU is an advocate for the civil liberties of all Americans.
Recently, the ACLU of Kentucky has been quite active in the Kim Davis dispute that has been in the news so much. In early July they filed the initial lawsuit against Davis, the marriage license-refusing county clerk.
(I have been surprised, though, that the ACLJ has not become directly involved in the Kim Davis affair, as I expected them to.)
So, which most deserves support, the ACLU or the ACLJ? The former, I believe, for they seem to be the ones more actively seeking to love “neighbor” as “self.”
Posted by LKSeat at 5:28 AM