In Admiration of John Dear 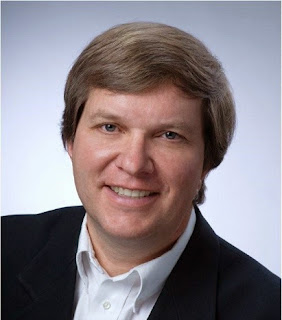 Years ago when I first heard the name John Dear, being a farm boy I immediately thought of John Deere tractors. But as I quipped in my 4/5 blog article, John Dear is not a tractor but detractor of the nation’s weapons of war.
For many years I have admired the man whose name really is John Dear, and I was very happy to meet him and hear him talk earlier this month. And what a talk it was!
Dear’s newest book is “The Nonviolent Life” (2013), and his passionate talk was based upon it. He contends that the life of nonviolence requires three simultaneous attributes: being nonviolent toward ourselves; being nonviolent to all people, all creatures, and all creation; and joining the global grassroots movement of nonviolence.
Dear (b. 1959) is an American Catholic priest (a former Jesuit), a Christian pacifist, and an author & lecturer. He has been highly involved in nonviolent action for three decades, having been greatly influenced by Daniel Berrigan, whom he joined in the Plowshares movement.
Remarkably, Dear has been arrested over 75 times for his acts of nonviolent civil disobedience against war, injustice and nuclear weapons. The first time he was arrested was at the Pentagon 30 years ago, on April 17, 1984.
In 1994 he spent eight months in jail for his Plowshares action of civil disobedience. That followed his arrest, along with three others, in December 1993 for hammering on an F-15 nuclear-capable fighter bomber at an Air Force base in North Carolina—symbolically beating swords into plowshares.
I have just purchased and begun to read Dear’s 2011 book “Lazarus, Come Forth!: How Jesus Confronts the Culture of Death and Invites Us into the New Life of Peace.”
Since this is Passion Week, I’ve just read “Washing Each Other’s Feet” in the book just mentioned. As one might expect from Dear, he says the biblical account of Jesus’ activity on the night before his crucifixion has generally been misunderstood.
“The episode is not meant to inspire us to service. It is not meant to urge us toward self-humiliation. Rather it is a ritual of preparing our feet to walk Jesus’ road of nonviolence” (p. 162).
Dear ends the chapter contending that Jesus “calls us out of our addiction to violence. He calls us into the freedom of resurrection, into the new life of peace and nonviolence” (p. 166).
In his 2007 book “Transformation” Dear declared:

One day when the people of the United States finally wake up; dismantle their nuclear weapons; spend their billions of dollars to eradicate hunger, disease, homelessness, illiteracy, and unemployment; clean up the oceans and the earth; and renounce war forever, humanity itself will be transfigured and the light of Christ will shine brightly and lead us to an astonishing breakthrough of global hope and encouragement.

Not only because of what he has written, but especially because he has had the courage over the past 30 years to plead for peace by participating in non-violent protests, many resulting in his being arrested and jailed, I write this with deep admiration for John Dear. He continues to be an inspiring advocate for peace and justice.
In closing, from the very beginning of his 2011 book, here are Dear’s words for us to ponder—and to pray:
Lead me from death to life,
from falsehood to truth
from despair to hope,
from fear to trust,
from hate to love,
from war to peace.
Let peace fill my heart.
Let peace fill my world.
Let peace fill the universe.
Amen!
Posted by LKSeat at 5:29 AM