It's a long way from Kansas City to Johannesburg, South Africa!
It would take about 17 hours flying time from Kansas City International Airport and cost about $1,675 for a round trip ticket. I have no plans, or desire, to make such a long, expensive trip.
But two of the greatest men of my lifetime have lived and worked in and around Johannesburg, which is about the same size as Kansas City. Those two men are Nelson Mandela and Desmond Tutu.
Since most of us don’t have any contact with, and maybe not much knowledge of, South Africa, we tend not to be as interested in it as, say, European or even Asian countries.
But most of us have heard quite a lot about Mandela, who died this past December at the age of 95. And maybe some of you have seen the splendid biographical film "Mandela: Long Walk to Freedom," which was issued about the time of his death.
The most incredible thing about Mandela is that after being in prison for 27 years, he was elected as the first black president of the Republic of South Africa, which was established in 1961. That election took place twenty years ago this coming Sunday, on April 27, 1994.
That was the first democratic and non-racial national election to be held in the country, and everyone 18 and over of any race (even non-citizens) was allowed to vote. The African National Congress (ANC) was voted into power.
Even though there were three candidates, Mandela was elected president with nearly 63 percent of the votes. He assumed office on May 10 and served the five year term that ended in June 1999, about a month before his 81st birthday. 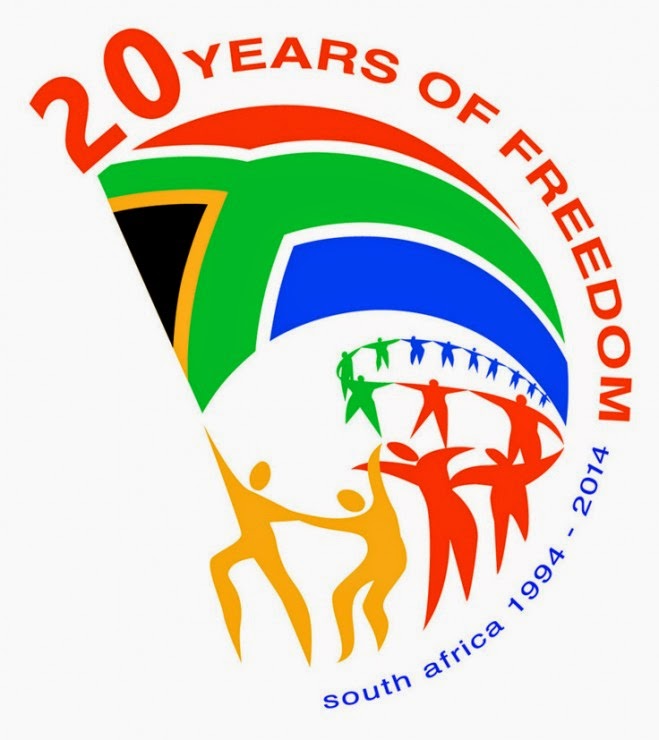 Since 1994, the 27th of April has been celebrated every year in South Africa as Freedom Day, a public holiday. On Sunday there will be big 20th anniversary celebrations in Johannesburg, Pretoria, and all across the country of South Africa.
Even though the vast majority of the people were of course black, for a very long time South Africa was ruled by minority whites who lived there.
In 1912, the South African Native National Congress (SANNC) was formed with the purpose of increasing the rights of the black population. That organization became the ANC in 1923, and in 1961 it formed a military wing.
Mandela joined the ANC in the early 1940s and began the ANC Youth League in 1944. In 1961 he became involved with the military wing. So, yes, Mandala was involved in violent resistance against the oppressive government. (I seem to remember, though, that in the 1770s, colonialists in what is now the U.S. also used violence against England.)