Zealot: The Life and Times of Jesus of Nazareth by Reza Aslan was the #1 bestseller in the New York Times list of “combined print and e-books, nonfiction” during the last three weeks of August 2013, just a month after its publication.


Zealot and its author became hot topics of conversation after Aslan (b. 1972), an Iranian-American, was interviewed on Fox News last July 26. Lauren Green, the interviewer, questioned the idea of a Muslim writing on the historical figure of Jesus Christ. 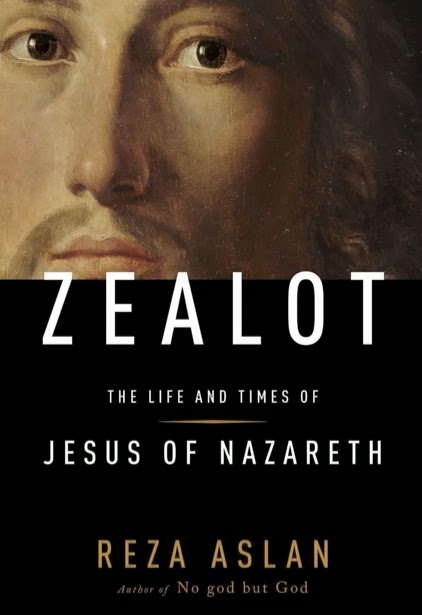 Green received widespread criticism for her line of questioning—mainly about whether Aslan was qualified to write about Jesus since he was a Muslim. But, a scholar’s field of research and writing is not restricted by his religious beliefs.


Actually, in his younger years, Aslan became an evangelical Christian. But then he converted back to Islam—mainly, it seems, not because of his dissatisfaction with Christianity as such but because of his dissatisfaction with fundamentalistic Christianity.
Aslan is now an Associate Professor of Creative Writing at the University of California, Riverside. He is a scholar of religions and has done extensive research of Judaism, Christianity, and Islam.
Aslan's credentials, however, have been questioned because of his academic background (a Ph.D. in the sociology of religion) as well as because of his present teaching position.
The biggest problem, though, is the historical reductionism found in Zealot. That is, Aslan seems to think we can learn everything we need to know about Jesus by historical studies. But is that really the case?
N.T. Wright is one of the leading contemporary New Testament scholars. In a 2010 article in Christianity Today, Wright writes about the importance of historical study about Jesus.
But Wright also declares that “of course history isn’t enough by itself.” Exactly.
(In the same article Wright, in passing, dismisses the idea that Jesus “was really a revolutionary Zealot”—and that was three years before Aslan’s book was published. It is also interesting that while Aslan makes one bibliographical reference to Wright, he does not quote him one time in Zealot. )
Granted, there is a difference between the Jesus of history and the Christ of faith. But does that mean that only the former is subject to serious consideration and the latter is to be jettisoned if it does not seem to comply with the former?
Surely not. That is the error of historical reductionism.
Historical reductionism is no more adequate for acquiring full knowledge about Jesus Christ than scientific reductionism is adequate for acquiring full knowledge about God and Creation.
We gain valuable information from both historical and scientific studies. Neither, though, can provide us full truth about ultimate matters.
Also, in seeking to gain a full understanding of Jesus Christ, does faith not mean anything? Surely it does.
And in explaining the significance of Jesus Christ, does personal experience not mean anything?
Again, surely it does. For example, the experience of Saul, the young man from Tarsus who later became the Apostle Paul, certainly must be taken seriously.
Saul’s dramatic change from persecutor of Christians to Christian evangelist/missionary was not on the basis of his historical studies of Jesus but because of an overwhelming spiritual encounter with the living Christ. Is there any other way to explain his radical conversion?
Can any historical or psychological explanation suffice? Most likely not.
While Aslan’s book makes for interesting reading, I have little zeal for Zealot. There is much unsupported conjecture in what the author says about the historical Jesus. But mainly there is no serious consideration given to the significance of the Christ of faith.
Posted by LKSeat at 5:29 AM