As many of you probably know, for quite some time now there have been various protests in North Carolina on Mondays. Those who plan and carry out those protests call them Moral Mondays.
Much of the protest in North Carolina has been about the drastic changes in voter registration laws. That was especially the target of the protests on Sept. 16, the Monday after the 50th anniversary commemoration of the church bombing in Birmingham (about which I wrote here).
As today is Monday, it will be interesting to learn what the good people of N.C. will do today.
But it seems that today will be an “immoral Monday” for the United States. 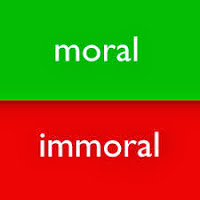 As is being widely reported, the federal government is on the brink of a shutdown. It ought to be a simple matter to keep the government operating. All it would take is to pass a budget.
But the Republican-dominated House of Representatives have been unwilling to agree on a new budget unless there was defunding, or at least delay of, the Affordable Care Act, which has been the law of the land since March 2010.
“Obamacare” has been the main target of conservative Republicans for many months now, and at this point they would rather shut down the federal government rather than to approve a budget bill that includes Obamacare, which is scheduled to move to the next stage of implementation tomorrow.
What is perplexing to many of us Christians, opposition to Obamacare is the main focal point of some conservative Christian groups, such as the Faith and Freedom Coalition. On Sept. 18 I received an invitation from them urging me to join, sending them membership dues of course. In large red letters at the top of that appeal were the words: Campaign to Undo Obamacare.
Just five days earlier, I received from the same group a multi-page “90-Day Battle Plan To Dismantle Obamacare, asking me to send them $75 a month in Sept., Oct. and Nov. to help fund their $3.3 million dollar campaign.
And on the 9/26 Washington Update webpage of Faith and Action, a conservative D.C. lobby organization, is this “poster” DELAY / DEFUND / DEMOLISH / DESTROY / OBAMACARE.
It seems very strange that Christian groups such as these, or that legislators such as Southern Baptist Ted Cruz or Mormon Mike Lee, see the most critical ethical issue in the land to be fighting against expanding healthcare insurance coverage.
A few days ago good friend Anton Jacobs expressed similar dismay well on Facebook:

The specter of affluent leaders working overtime to stop a program to extend health care to a greater portion of the population boggles the mind. Could someone please explain to me the mind and heart of people who would deliberately deprive fellow citizens of health care for ideological reasons?

Unless something unexpected happens today, the government will be partially shut down tomorrow, for the first time since the Republicans forced a shutdown for 28 days in 1995-96 during the Clinton presidency. One of the main issues then was Medicare, for which the Republicans wanted to increase the premiums and the President wanted to implement the scheduled reduction.
The temporary shutdown of the government will not be a catastrophe, although there will be severe consequences to many people and unpleasant consequences for the nation as a whole. But it does seem to be rather immoral to cause this sort of pain because of opposition to a law which just next year will provide healthcare to some 10 to 15 million USAmericans who do not now have it.
Posted by LKSeat at 5:35 AM