What about Native Americans?

The “sinfulness” of the original aggressive treatment of Native Americans was compounded by the Indian Removal Act, signed into law by President Andrew Jackson in May 1830. As I wrote in my 10/5/18 blog article, there are those who see the mistreatment of indigenous people and slavery as two aspects of “America’s original sin,” and there is ample reason for agreeing with that assertion.
That Act, authorizing the President to grant unsettled lands west of the Mississippi River in exchange for Indian lands within existing state borders, instigated what came to be known as the Trail of Tears.
In the following decades of the 19th century, there were various attempts to assimilate the Native Americans into mainstream society—and those attempts were successful to a degree.
Traditional ways continued to be maintained by the majority of the Native Americans, however, and one wonders if the Indian Citizenship Act was not primarily just a further attempt to promote assimilation.
Black Slaves, Indian Masters
In thinking about the American Indians’ plight in the centuries following the coming of the first British colonialists, I was surprised when I recently learned that even some Indians owned African-American slaves. 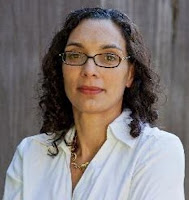 A well-researched book by Barbara Krauthamer, a history professor at the University of Massachusetts Amherst, was published in 2013 under the title Black Slaves, Indian Masters. It is a fascinating book about some Indians owning slaves from the late 1700s until at least 1866.
Among social liberals, there are those who have only glowing praise for Native American culture. It is seen as promoting harmony with the natural world and with other people.
Mitákuye Oyás’iŋ (all are related), a phrase from the Lakota language reflects that worldview of interconnectedness and harmony held by the Lakota Indians.
And although Krauthamer’s book was not about the Lakota people, her research showed quite clearly that at least some citizens of the Choctaw and Chickasaw Indian nations were guilty of the “original sin” of the British settlers in North America.
Granted, they may have learned that “sinful” practice from the whites, but still . . . .
Rescuing the Gospel from the Cowboys
Richard Twiss was a Native American whose book Rescuing the Gospel from the Cowboys: A Native American Expression of the Jesus Way (2015) was published posthumously. 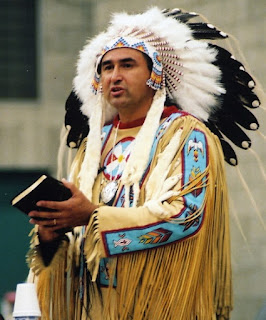 Twiss, born in 1954 on the Rosebud Reservation in South Dakota, died in 2013--just two years after completing his doctorate of missiology in intercultural studies from Asbury Theological Seminary.
In 1997 Twiss and his wife founded Wiconi (a Lakota word meaning life). Its mission was “to work for the well-being of our Native people by advancing cultural formation, indigenous education, spiritual awareness and social justice connected to the teachings and life of Jesus, through an indigenous worldview framework.”
As one who has long been an advocate of the contextualization of Christian theology (see my 1/22/10 blog article), I was very favorably impressed by Twiss’s book.
So with regard to the Native Americans, I want to hold on to the emphases of two Richards: the emphasis on the universal Christ by Richard Rohr and the emphasis on the native American expression of the Jesus Way by Richard Twiss.
Posted by LKSeat at 5:29 AM