Studying and thinking about Drew Hart’s noteworthy bookTrouble I’ve Seen: Changing the Way the Church Views Racism (2016) stirred me to reflect on a potentially helpful mindset for minorities living in a dominant culture.
The Meaning of “Being Bicultural”
“The term bicultural describes a state of having or inheriting two or more cultures (e.g., one of an ethnic heritage and one of culture lived in) or two or more ethnic traditions.” That is the opening sentence of a helpful article about the subject in an iResearchNet piece about biculturalism (check it out here).
Massey University in New Zealand gives the following explanation of the meaning of being bicultural: 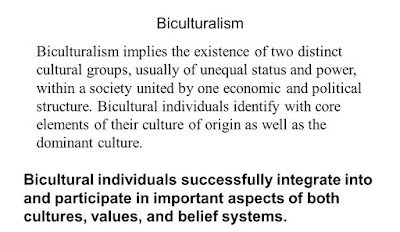 While becoming bicultural can cause problems for some individuals, for most there are far more benefits than difficulties.
The Experience of Becoming Bicultural
Last Sunday was my dear daughter Kathy’s birthday. She celebrated her 6th birthday in Japan after she and her brother Keith, who is two years older, arrived in that fascinating country with June and me on September 1, 1966.
By that November when we celebrated Kathy’s birthday with a family overnight trip to Hakone National Park near Mt. Fuji, we were well on our way to becoming bicultural.
Being bicultural, though, doesn’t usually mean an equal balance between two cultures. Our children went to English-speaking schools and we spoke only English at home. Our dominant cultural identification continued to be as English-speaking Americans.
Still, the children played with their Japanese neighbors, we became active in Japanese-speaking churches, and we enjoyed participating in Japanese cultural activities.
In my career as a full-time faculty member at Seinan Gakuin University, I was elected to administrative positions of increasing importance—not because I was a gaijin (foreigner/outsider) but because in spite of being a gaijin I was an integral part of the Japanese cultural and educational milieu.
For June and me, as well as for our children, being immersed in and accepting of Japanese culture did not mean giving up our American cultural identity. But we were largely able to become bicultural and to enjoy being a part of two cultures without having to choose one over the other.
Recommending Becoming Bicultural
Drew Hart is a youngish Anabaptist pastor and college professor, and his book introduced above is a good and helpful one. Last month, several of us read his book and gathered to discuss it a few days before he preached at Rainbow Mennonite Church.
Hart is an associate professor at the predominately white Messiah College (in Penn.), his alma mater. In many ways, he is a black man who has “made it” in the predominant white culture—but he is painfully aware of the racism and the injustice that still a part of that culture.
What he says about racism must be taken seriously, and what I say next about becoming bicultural does not downplay the persistent problem of injustice or the pressing need to be aware of and to combat racism in American society today.
Still, I got the impression from reading Hart’s book that he thought he largely had to give up his African-American identity to fit in with the dominant (white) culture. That is when I realized that deliberately seeking to be bicultural could be a possible solution to his, and other African-Americans’, unease at living in the majority culture.
For those within minority cultures, becoming bicultural and being able to function well in the dominant culture need not lessen their identification with or appreciation of their primary culture.
For people born into a minority culture, becoming/being bicultural is certainly a possibility that promises many positive benefits.
Posted by LKSeat at 5:29 AM