Are Biblical Values Under Attack in the U.S.?

Earlier this month a friend sent me an email that was mainly Dennis Prager’s June 30 article titled “Court Calls an End to Judeo-Christian America.” (That piece on Investor’s Business Daily’s website can be read here.)
Prager, a nationally syndicated radio talk show host and columnist who was born in 1948 to Orthodox Jewish parents, began his article with this assertion: “The U.S. Supreme Court’s ruling on the redefinition of marriage seals the end of America as the Founders envisioned it.”
Prager’s piece is just one of numerous articles declaring that Christianity and/or biblical values are currently under attack in the U.S.—especially by the Supreme Court and by the President.
In a June 16 WallBuilders article, David Barton posted a screed under the title “America’s Most Biblically-Hostile U.S. President.”
Barton lists 96 incidences of President Obama’s “attacks on Biblical persons or organizations,” “examples of the hostility toward Biblical faith that have become evident in the past three years in the Obama-led military,” the President’s “open attacks on Biblical values,” and finally “numerous incidents of his preferential deference for Islam’s activities and positions.”
Prager and Barton of just two of many who think this way. But how can Christians who see things differently respond to such strong charges? Following is the heart of the response I sent to my friend:
The court certainly did not call for an end to Judeo-Christian America, although its ruling was contrary to what many people, such as Prager, think a Judeo-Christian America looks like. There are many Christians, however, who believe that the Supreme Court's ruling makes America more Christian, not less so.
Prager writes, "From well before 1776 until the second half of the 20th century, the moral values of the United States were rooted in the Bible and its God." But were those moral values compromised when freedom and equality were given to former African slaves and their descendants who lived in America? Some thought so. But I believe America became more Christian when freedom and equality were granted to Black people living in the country.
Were those moral values compromised when the right to vote was given to women (50 years after it was given to Black men!) and when there came to be more freedom and equality for all the women in the country? Some thought so. But I believe America became more Christian when freedom and equality were granted to women living in America.
The Constitution had to be changed to make greater freedom and equality a reality for Blacks and women. Was that a change in the moral values of the nation?
In some way it was, for many thought slavery and the subjection of women were taught in the Bible and that being faithful to the Bible meant being for slavery and for the subjection of women. But I think that was an incorrect interpretation of the Bible—and a position used by whites and then by men to maintain their position of power.
In much the same way, the Supreme Court decision about same-sex marriage grants freedom and equality to a segment of our society that has been discriminated against, vilified, and treated in many mean-spirited ways.
That decision is in opposition to the position of many Christians—just as the decisions to allow Blacks and women to be free and equal were. But I firmly believe that that decision is not contrary to the will of God or the teaching and spirit of Jesus.
The Gospel is always good news for those who are fettered and mistreated. 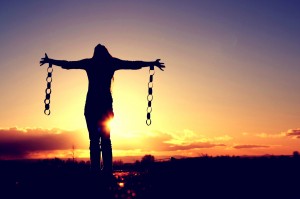