Most of you know well Jesus’ words in the Sermon on the Mount:

While Jesus was here obviously referring to a realm beyond the visible sky above the earth, “heaven” in the Bible often meant simply that: the sky and the clouds and other things visible in it. For example, when Jesus said “until heaven and earth will pass away” (Matt. 5:18), he was talking about the sky above the earth, not what we usually think of as Heaven.
Certainly we humans are wise to heed Jesus’ words about storing treasures in Heaven. But perhaps it is time to think also about storing treasures in heaven—or wherever the digital cloud is. (If it is not in heaven, the sky, why is it called a “cloud”?!) 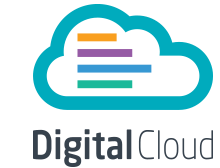 On May 31, June and I attended “homecoming” at New Hope Church and Cemetery, my father’s home church in Worth County, Missouri. The land for that church and cemetery was donated in 1877 by his grandfather William Seat’s father. And in March 1878 William’s grandmother, Elizabeth Seat, was the first to be buried in the new cemetery.
Just two years later William died while he was still 30 and was buried close to his grandmother. More than 60 years later, his widow, Rachel Clark Seat who never remarried, was buried beside him.
After looking at many ancestors’ gravestones at New Hope, we drove over to Kent Cemetery southwest of the little town of Denver. We went there mainly for the purpose of seeing for the first time the grave marker for my great-grandmother Rachel’s grandfather, Alexander Clark, who was buried there in 1864.
All this got me thinking about the future of small country cemeteries, of which there are several in Worth County and in rural counties all across the country. I wonder what they will be like 40 or 50 years from now. Who will take care of them? Will they most likely be largely forgotten and seldom visited? Perhaps.
So, maybe the wave of the future is digital memorials stored in the “cloud”—and this is being increasingly done. Five years ago already a book was published under the title Your Digital Afterlife, and there is a helpful website called The Digital Beyond.
The latter maintains a list of more than fifty online services designed to help people plan for their digital afterlife and/or to memorialize loved ones. Putting memorials in the digital cloud—or putting treasured memories in heaven, if you will—seems particularly promising, and maybe better now than putting gravestones in a country cemetery (not that it has to be one or the other).
With digital memorials, not only information about the deceased loved one but pictures, voice recordings, and other treasures can also be stored—and accessed from anywhere. And according to the appeals made on some of the websites reviewed in The Digital Beyond, they will be there “forever.”
Really?
I wondered about the future of small, rural cemeteries. GGG-Grandfather Alexander Clark’s stone is still legible after 150 years. But what do you think? Will what we store in the digital cloud be accessible 150 years from now—and even forever?
Maybe—or maybe not.
So if we are looking for lasting treasures/memorials, taking the words of Jesus seriously is the way to go.
Posted by LKSeat at 6:46 AM