Can We Trust Muslims?

Recently I have had some dialogue (via email) about Muslims with a Thinking Friend who is a retired Baptist pastor.
Responding to a questionable email he had forwarded to me, among several others, I wrote, “I think we (Americans and/or Christians) must be careful not to consider many if not most Muslims to be radicals. Islam should not be judged by looking at the radical Islamists any more than Christianity should be judged by looking at the KKK.”
In response, my TF wrote, “The credibility of separating radical from moderate Muslims lies in the fact that Moderate Muslims, who are the majority, do little or nothing to denounce the radical movement. Christians make no bones about denouncing the KKK, the Jim Jones radicals and others under the rubric of Christianity who deny the basic ideals set forth by Jesus.”
He went on to say, “I personally believe Islam is evil to the core based upon the nature of Allah and the teachings of the Koran. It is a religion of war and conquest rather than love and acceptance (grace).”
My response to that was to send him several recent articles about moderate Muslims speaking out clearly in opposition to ISIS and radical Islam: articles, for example, that you can read here and here. 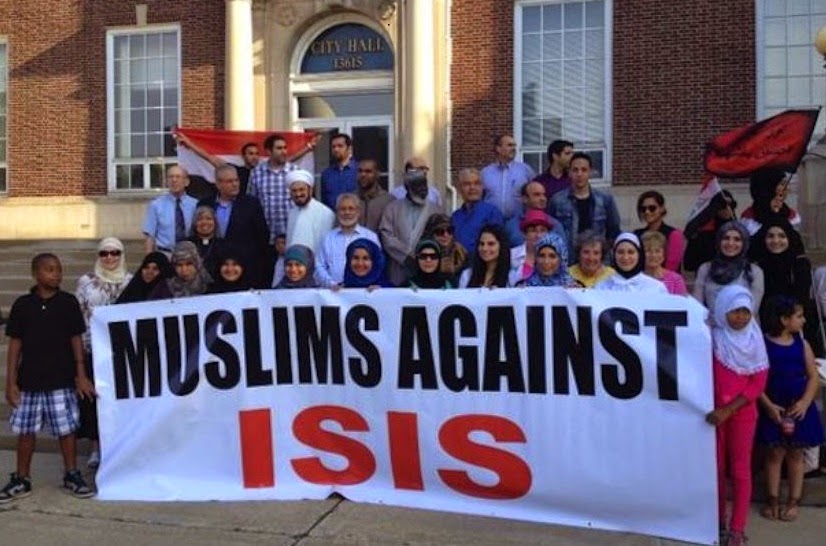 In this same vein, Rev. Olav Fykse Tveit, the World Council of Churches general secretary, recently welcomed publication of an open letter by 126 Muslim scholars to Abu Bakr Al-Baghdadi, leader of the self-proclaimed “Islamic State,” condemning the atrocities committed by ISIS. (Here is that link.)
In the most recent email received about this issue from my TF, he wrote about recently seeing on Fox News an interview with an anonymous Muslim who “specifically referred to the speeches of [moderate] Muslim scholars . . . as a way to deceive Americans to get in their good graces, thus working their way into business, government, education and even religion.”
That was a rather scary interview, which you can see here.
So my TF concluded, “I'm just not convinced of the good intentions of the ‘moderate’ Muslim community. [It is] all deceitful talk.”
But is it?
My TF failed to mention that the same Fox News program, to their credit, also had an interview with Qanta Ahmed (M.D.), associate professor of medicine at SUNY. She spoke out in no uncertain terms against ISIS.
Last month Dr. Ahmed wrote a piece in the Washington Post titled, “My beautiful faith is being overtaken by the beheaders I’ve studied.”
Further, the Council on American-Islamic Relations (CAIR), America’s largest Muslim civil liberties and advocacy organization, in August reiterated its condemnation of the “un-Islamic and morally repugnant” violence and religious extremism of the ISIS.
CAIR rallies against ISIS have recently been held in Tulsa (9/19) and in Houston (10/3). The leader of the former rally was quoted as saying, “ISIS not only represents the worst of humanity, but their actions are without a doubt the antithesis of Islam’s teachings.”
Of course, it is possible that Dr. Ahmed and especially CAIR are being deceptive and that we American Christians (and others) should not take seriously what they say. But that seems like a cynical and, most probably, unnecessary stance.
It is not good to be gullible. But neither is extreme suspicion and rejection of statements made in good faith a commendable position.
Even though there are, no doubt, some Muslims whom we cannot and should not trust, most Muslims in this country are probably as trustworthy as most of the people of other religions.
Posted by LKSeat at 5:22 AM