In the early 1960s, the sermon I preached in homiletics class at The Southern Baptist Theological Seminary was about Jonah. While there are a lot of sermons I preached in the 1960s that I would not, or could not conscientiously, preach now, I probably could preach that one again—if I could find it. (Somehow I can’t seem to locate it on my HD!)
Although it wasn’t particularly original, my main point was that the Old Testament book of Jonah was not primarily the story of a man being swallowed by a “great fish” and then miraculously regurgitated alive three days later.
No, I said, the book of Jonah is a missionary story. It is about a reluctant missionary, Jonah, epitomizing God’s “chosen people.”
God told Jonah, “Get up and go to Nineveh” (1:2, CEB). And Jonah got up all right, but he “went down to Joppa and found a ship headed for Tarshish” (1:3)—a distant place on the Mediterranean Sea far from Nineveh.
It was only after his “down in the mouth” experience that Jonah finally went to Nineveh, which according to the biblical text was “an enormous city, a three days’ walk across” (3:3).
Jonah proclaimed God’s message in Nineveh—and here is the real miracle: “the people of Nineveh believed God” (3:5). So God spared them, rather than destroying them as Jonah had warned them about.
But Jonah wasn’t happy with God sparing Nineveh rather than destroying that great city. He complained about God being “a merciful and compassionate God, very patient, full of faithful love, and willing not to destroy” (4:2).
What a strange complaint!
In the seventh century B.C., Nineveh was the largest city in the world—until it was replaced by Babylon (details here). But where is Nineveh? 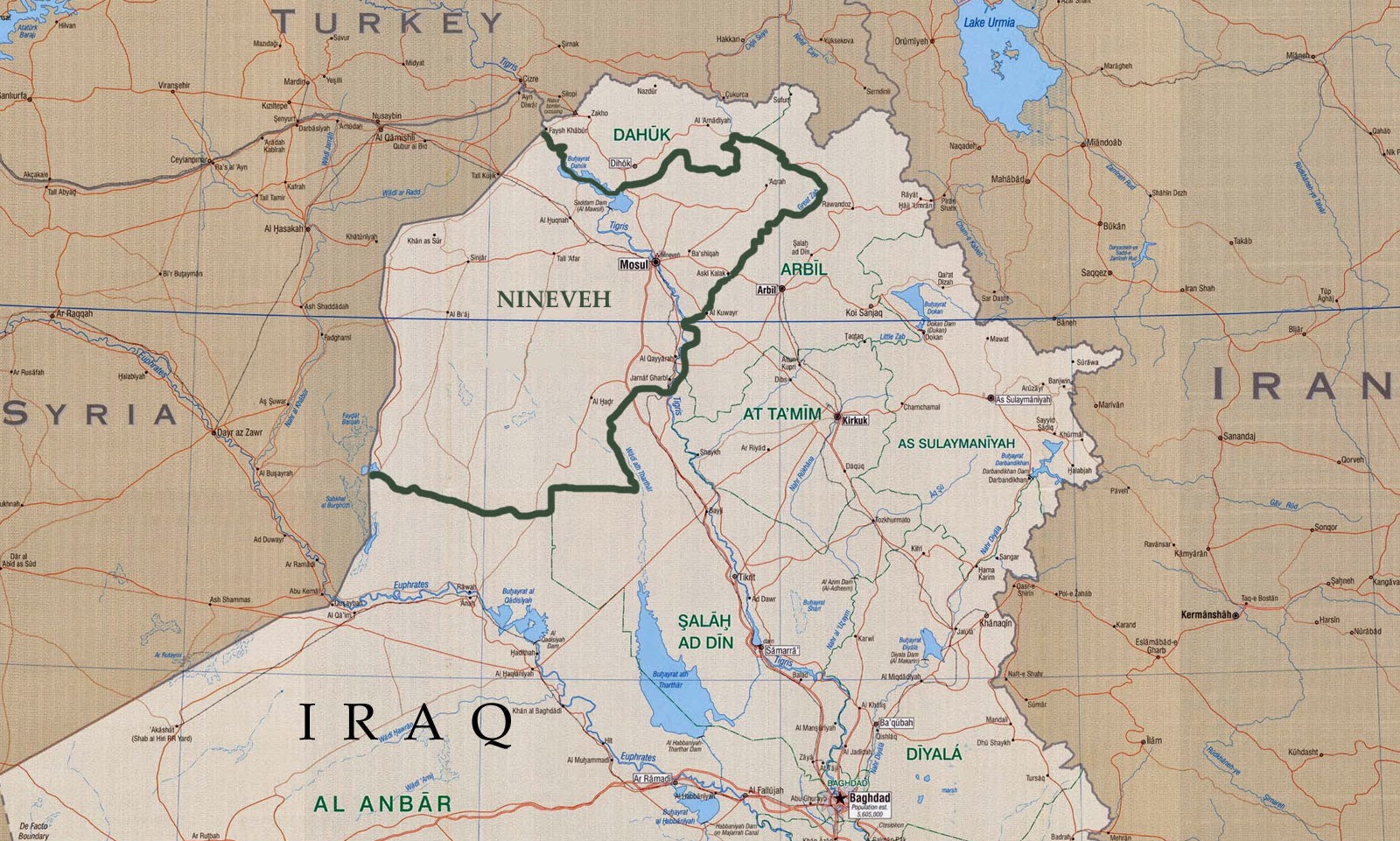 Ruins of the old city of Nineveh are just across the Tigris River from the modern city of Mosul, the second largest city in Iraq with a population of around 1,800,000—when everybody’s home. But that’s the problem: this month hordes of Mosul’s citizens have left their homes.
On June 10, Mosul was taken over by Islamic State of Iraq and Syria (ISIS) militants linked to Al Qaeda. It has been widely reported that as many as 500,000 people have fled the city.
Many of those who left their home in Mosul are Christians. Mosul, the capital of Nineveh Governorate (so called since 1976), is the region in Iraq with the most Christians. They are mostly Assyrians, descendants from the old Assyrian Empire that ended in 612 B.C.
(Information about Assyrian Christians can be found at www.AssyrianChristians.com. I found it quite interesting that this website is run by Ken Joseph, Jr., who was born in Tokyo and is a Christian pastor in Tokyo now. I met his father, a Christian missionary who was an ethnic Assyrian, several times during my years in Japan.)
Certainly the Christians in Iraq have suffered greatly ever since 2003. In an article that seems to have been written in 2007, Joseph writes, “An estimated 1 million Christians lived in Iraq before the 2003 U.S. invasion. Less than half of that number still remain.”
Of course, there are far fewer now.
But it is not just Christians who have left Nineveh, fleeing for their lives. The main targets of the Sunni Muslims of ISIS are Shiite Muslims.
Unlike Jonah, though, we who believe in God rejoice that God is “a merciful and compassionate God, very patient, full of faithful love, and willing not to destroy.” Shouldn’t those words be descriptive of believers in God also?
Posted by LKSeat at 5:29 AM