The Benefits of Polygamy?

Opponents of same-sex marriage sometimes say, using the slippery slope argument, that recognition of such marriage would lead to approval of polygamy also. I have argued, correctly I think, that those are two completely separate issues and the slippery slope argument is not valid.
But recently I have thought more about the subject of polygamy and have, surprisingly, come to the conclusion that perhaps it should be legal in this pluralistic country. (Please note: neither I nor any man I know is wanting a second wife!)
There has been no legal polygamy (or even practice of polygamy with only a few exceptions) in the Western world for centuries. Perhaps to a large degree this been because of Christianity. But maybe there should be some provision for polygamy in the U.S. now.
As we know, there was widespread polygamy in the Old Testament, and because of that there have some instances of polygamy in Western history. For example, in the 1530s polygamy was practiced in Münster, (in what is now) Germany.
Under reforms made by Jan van Leiden, the self-proclaimed King of Münster, polygamy became mandatory because it was the practice of the Old Testament and thus sanctioned by God. (Also on a practical level the woman/man ratio was something like 3 or 4 to 1, so there was an overabundance of women in the city). Leiden would take 16 wives for himself.
There was also approval, in 1540, of the bigamous marriage of Philip of Hesse, one of the most important in 16th century German political leaders. His taking of a second wife had the approval of some of the leading Protestant theologians of the day, including Martin Luther’s reluctant consent.
But still, in most “Christian” nations, bigamy/polygamy has overwhelmingly been recognized as being opposed to the teachings of Christianity and made illegal. And for good reason.
But there are other ways to look at the issue. I first glimpsed a benefit of polygamy when reading about Afghani women in A Thousand Splendid Suns (2007) by Khaled Hosseini (b. 1965), the Afghan-American novelist whose first book The Kite Runner (2003) was an overwhelming success.
In Hosseini’s second novel, also a bestseller, Rasheed is an Afghani man who takes a second wife, much to the dismay of Mariam, his first wife. But Rasheed was an increasingly abusive husband, and the two wives became close friends and mutually supportive in their resistance to their common “enemy.” 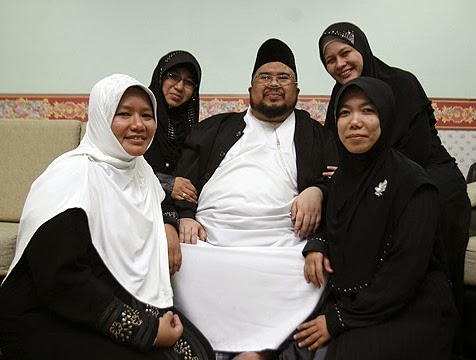 Then, I happened to come across a most interesting online article titled “Islam’s Position on Polygamy.” (This is on the website called www.IslamsWomen.com.) The article gives many reasons why the practice of polygamy is superior to monogamy. Let me share just one:


Polygamy protects the interests of women and children in society. Men, in Western society make the laws. They prefer to keep polygamy illegal because it absolves them of responsibility. Legalized polygamy would require them to spend on their additional wives and their offspring. Monogamy allows them to enjoy extra-marital affairs without economic consequence.

(The same article also makes the following highly questionable assertion: “In the West today, most married men have extramarital relations with mistresses, girlfriends and prostitutes.”)
This posting is partly a response to comments toward the end of my 1/20/14 blog article, especially the one calling outlawing polygamy a “religious bias.” So, perhaps making some legal provision for polygamy is needed for the religious freedom of Muslims (and fundamentalist Mormons).
But are there sufficient benefits of polygamy that such should be legalized? I’m not convinced that there are. And is polygamy generally beneficial for women? Most probably not.
Posted by LKSeat at 5:29 AM