Worries about Japan—25 Years Ago and Now

Do you remember the first week of January 1989? That was 25 years ago, but I remember it well as that was a time of significant transition in Japan where I then lived.
Emperor Hirohito passed away that year on January 7. Born in 1901, he became the Emperor of Japan in 1926 and at the time of his death had been Japan’s longest-reigning monarch. When a new emperor accedes to the throne in Japan, a new era name is chosen and the calendar starts again at year 1. So Emperor Hirohito died in Showa 64.
Crown Prince Akihito became the 125th Emperor of Japan upon the death of his father and chose Heisei (“peace everywhere”) for the name of the new era. So last week was the beginning of Heisei 26 in Japan.
In the weeks before Emperor Hirohito’s death there was considerable anxiety among many Christians, and some other non-traditional Japanese people. Accordingly, “Showa, X-Day and Beyond” was the theme for the thirtieth Hayama Men’s Missionary Seminar, held on Jan. 5-7, 1989, at Amagi Sanso in Japan.
“X-Day” was the name given to the unknown day of the Emperor’s approaching death—and he died while the seminar was in progress. I had the privilege of giving the final paper at that meeting.
Part of the Christians’ concern at that pivotal time in Japanese history was the possibility of a surge of nationalistic (Shintoistic) fervor that would be detrimental to the Christian presence and activities in Japan. Even though religion and the state are to be separate according to the Japanese Constitution, there was considerably anxiety about that not being honored after X-Day.
Looking back, Emperor Hirohito’s death 25 years ago seems to have had minimal long-term effects on the religious or political situation in Japan. Things did not turn out as negatively for Christians, or others, as feared.
But now, quite unrelated to any religious affiliations or affectations, there seems to be a growing nationalistic movement in Japan led primarily by the current head of the Liberal Democratic Party, Prime Minister Shinzo Abe, who is now in the thirteenth month of his second stint as head of the Japanese government.
PM Abe (pronounced ah-beh) became the 90th Japanese Prime Minister in September 26, 2006. He was then Japan's youngest prime minister since World War II—and the first to be born after the war. But he served as prime minister for less than a year the first time, resigning on September 12, 2007.
Since his election again in December 2012, Abe has taken a hawkish position that is currently a concern for many Japanese—and people in nearby countries. The end of month, as the Washington Post reported, “Japanese Prime Minister Shinzo Abe visited a Shinto shrine Thursday that honors Japan’s war dead, including 14 war criminals, and is seen by Asian neighbors as a symbol of the nation’s unrepentant militarism.” 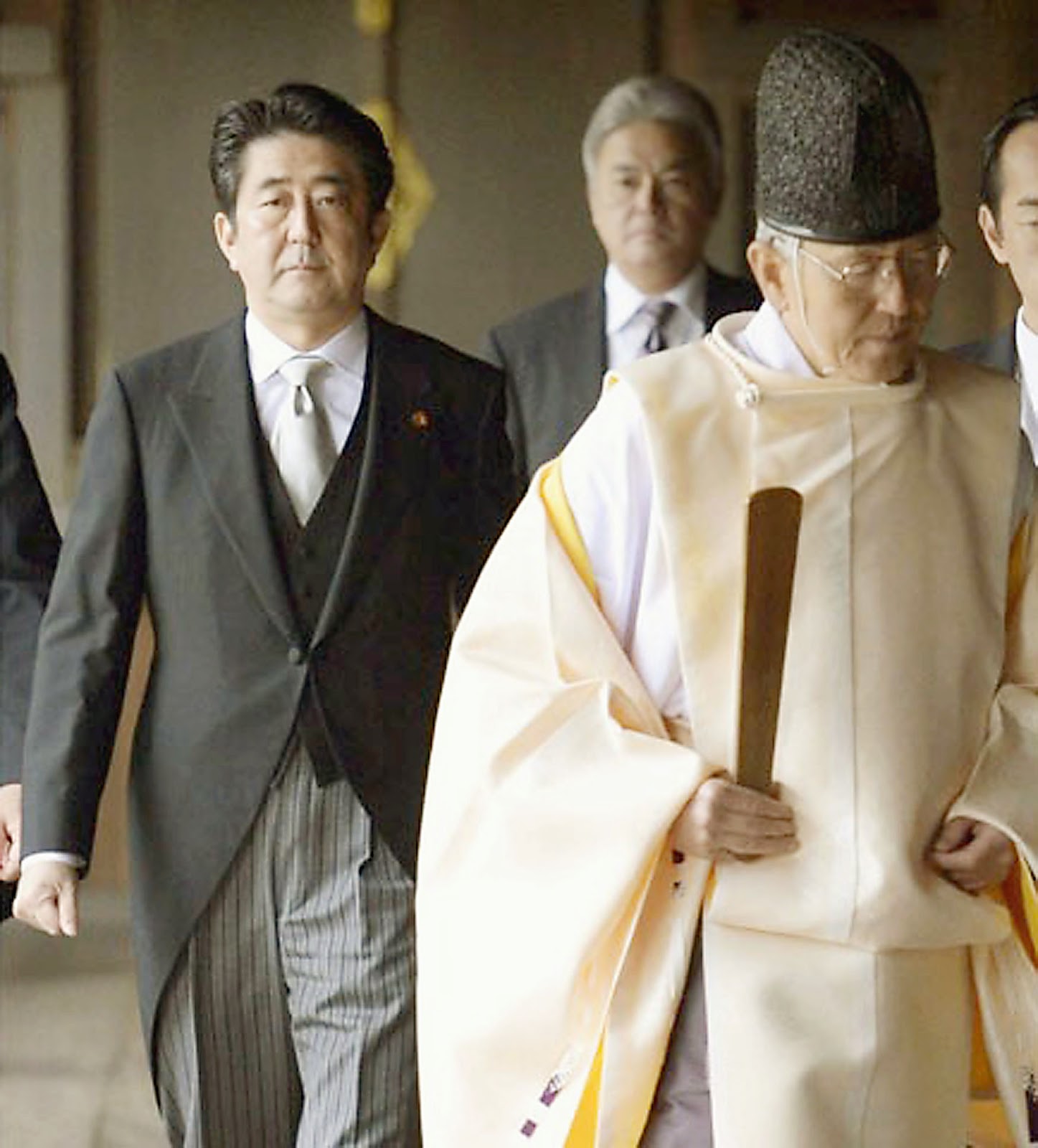 That visit to Yasukuni Shine is, of course, much opposed by Christians, and others, in Japan. But much of their opposition last year was due to PM Abe’s expressed intention to change Article IX of the Japanese Constitution, which outlaws war as a means to settle international disputes involving the state.
Less than a week after his ill-conceived visit to Yasukuni, in his New Year message last week PM Abe reaffirmed his resolve to change the nation’s pacifist constitution. No wonder not only peace-loving Japanese but people of the neighboring countries, and elsewhere, have worries about the direction Japan is headed.
Posted by LKSeat at 5:26 AM