Tomorrow is Thanksgiving Day in the U.S.—and it is the 400th anniversary of what is often said to be the first Thanksgiving Day. In 1621, the Plymouth colonists and Native People called Wampanoag* shared an autumn harvest feast that became the basis of the common Thanksgiving story.

November has also once again this year been designated as National Native American Heritage Month. In light of the latter, many of us USAmericans need to overcome various Thanksgiving Day myths that have long been abroad in the land. 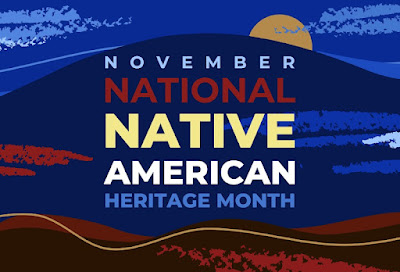 Kaitlin Curtice is a Potawatomi woman and a Christian. In her 2020 book Native: Identity, Belonging, and Rediscovering God, she writes how she and other Native Americans are “bombarded with Thanksgiving myths” every November and how hard that is.

Curtice writes, “My non-Native friends have to understand that the myths told at Thanksgiving only continue the toxic stereotypes and hateful language that has always been spewed at us” (pp. 67, 68)

“The Thanksgiving Myth” by Native Circle is explained here in a 2019 post. The authors write, “The big problem with the American Thanksgiving holiday is its false association with American Indian people; the infamous 'Indians and pilgrims' myth.”

They continue, “It is good to celebrate Thanksgiving, to be thankful for your blessings. It is not good to distort history, to falsely portray the origin of this holiday and lie about the truth of its actual inception.”

David Silverman, a professor at George Washington University who specializes in Native American and Colonial American history, tells the true American Thanksgiving story in This Land is Their Land: The Wampanoag Indians, Plymouth Colony, and the Troubled History of Thanksgiving (2019).

As UCC pastor Jane McBride writes in her helpful Christian Century review, Silverman begins his lengthy book “by shattering the myth of the first Thanksgiving.” Then in his concluding paragraph, Silverman asserts,

The truth exposes the traditional tale of the First Thanksgiving as a myth rather than history, and so let us declare it dead except as a subject for the study of nineteenth- and twentieth-century American culture (p. 427).

References to Thanksgiving myths are not just recent incidences, though. Back in 1986, Chuck Larsen, a high school history teacher in the state of Washington, wrote how the Thanksgiving stories most children have learned are “a mixture of both history and myth.”

Larson emphasized the “need to try to reach beyond the myths to some degree of historical truth.” He also said, “When you build a lesson on only half of the information, then you are not teaching the whole truth. That is why I used the word myth.”**

Thankfully, there are many more resources available now for learning the truth of the first Thanksgiving than were available in 1986, so there is no excuse for us to hang on to the old myths.

There is an abundance of ways to celebrate Thanksgiving Day without reiterating the Thanksgiving myths, which tend to foster white Christian nationalism and to whitewash the harsh mistreatment of Native Americans.

We can begin to overcome those myths by listening to the scholars such as Silverman and/or to Native American voices such as Larsen’s as found in his article linked to in the second footnote below.

Then, we can overcome Thanksgiving myths by focusing primarily on the many blessings we have received from Creator God, who dearly loves each person and all the people groups in God’s good Creation.

* “This tribe helped the Pilgrims survive for their first Thanksgiving. They still regret it 400 years later. Long marginalized and misrepresented in U.S. history, the Wampanoags are bracing for the 400th anniversary of the first Pilgrim Thanksgiving in 1621” (headlines of a Nov. 4 Washington Post article).

** Larsen, who has Native American ancestry, wrote “Introduction for Teachers” to help them in teaching the truth about Thanksgiving Day. That instructive piece has been reproduced in many places, but here is a link to a PDF version. It is well worth reading. 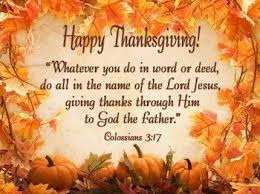