There Really Are "Alternative Facts"

This article was prompted by the death of Peter Berger a year ago. Berger was not only a world-renowned sociologist but also a notable lay Lutheran theologian. He is best known for The Social Construction of Reality: A Treatise in the Sociology of Knowledge (1966), which he co-authored with Thomas Luckmann.
A Bit about Berger 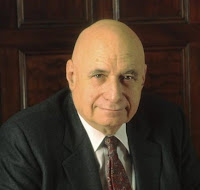 Born in Vienna, Austria, in 1929, Berger immigrated with his family to the U.S. when he was 17. Although he attended a Lutheran seminary, he ended up becoming a sociologist rather than a minister.
In 1981 Berger began teaching at Boston University and was the founding director of BU’s Institute on Culture, Religion, and World Affairs from 1985 until his retirement in 2009.
An early and vocal opponent of the “God is dead” movement in the 1960s, Berger was much appreciated by evangelical Christians, as is attested to in this Christianity Today article posted two days after his death on June 27, 2017.
A Bit about Plausibility Structures
According to Berger (and Luckmann), knowledge—and people’s conceptions/beliefs of what reality is—is socially constructed.
There is an objective and a subjective aspect to reality, and the society in which one lives, one’s culture or subculture, by necessity interprets/constructs objective reality subjectively. That interpretation/construction forms one’s plausibility structure.
“Plausible” is an adjective that means “seeming reasonable or probable.” Synonyms include such terms as “believable,” “credible,” “logical,” and “rational.”
All interpretations of reality are not equally plausible, of course. There is, for example, pronounced differences between what is considered plausible by the dominant “white” culture in the U.S. and by the traditional culture of American Indians.
And more and more there seem to be pronounced differences in the plausibility structures of devoted Democrats and fervent Republicans in this country.
Because of the distinctly different plausibility structures, there really are “alternative facts,”—for “facts” are only what the society one belongs to agrees upon as being real or true.
Why Is This Important?
Consider a couple of examples.
Most Christians believe that God created the world and that at least some of the miracles as reported in the Bible, especially the Resurrection, are true. For those of us who grew up in the church and with belief in the message of the Bible, Creation and Resurrection are “facts” (although even among Christians now those facts are not interpreted in exactly the same way).
But for those with a completely “scientific worldview,” that is, with a belief system that only accepts that which can be proved by the scientific method, the creation of the universe by God and miracles cannot be factually true. Their plausibility structure rules out all “supranatural” causes.
Or, consider the matters of abortion and homosexual activity. If one’s plausibility structure holds it to be factually true that all abortion is murder of preborn humans and all homosexual activity as an abomination and a sin against God, then there must necessarily be ongoing opposition to abortion and such practices as same-sex marriage.
Consequently, those with that plausibility structure see Christians who are pro-choice (= pro-abortion in their understanding) and/or who affirm LGBT rights as having defective faith and perhaps as not being real Christians.
Moreover, with that worldview, there is no way one could vote for a political candidate who is pro-choice and/or who favors same-sex marriage. Such is just not plausible. (This matter is well described in this 7/21 Washington Post article.)


This article just scratches the surface of an extremely important topic, but perhaps it is becoming clear why it can truly be said that because of diversely different plausibility structures, there really are alternative facts.
Posted by LKSeat at 5:30 AM