The 12th chapter of Thirty True Things that Everyone Needs to Know Now (TTT) is more relevant to Christians than to those who are not Christian believers. For that reason, I am including some ideas in this article that are not in the TTT chapter in order for the “us” and “we” to be inclusive of all people, regardless of their religion or lack thereof.
What is Meant by “God’s Spirit”?
This article is closely related to the one posted on Feb. 8 (see here), but the subject is so important that it merits more attention.
The hard-to-understand Christian doctrine of the Trinity is an attempt to express the simultaneity of God’s transcendence, historicity, and immanence. Those three words describe well core aspects of the traditional terms “Father, Son, and Holy Spirit.”
While Spirit primarily expresses God’s immanence, as Fr. Richard Rohr states in his meditation for March 7 (see here), the Spirit is also “the foundational energy of the universe, the Ground of All Being." Thus, all people, and everything else, are rooted in that Ground and participate in that energy.
But whenever and wherever God (by whatever name used) is present in the world or in the lives of individuals, such Presence is that of the Spirit—whether so recognized or not.
Every human experience of the “Holy”—or of Truth, Beauty, and Goodness—is because of the indwelling Spirit. 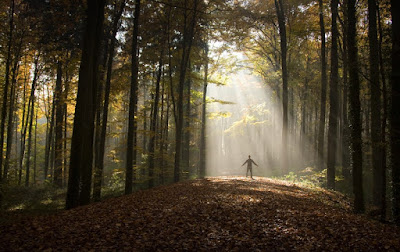 God’s Spirit and Non-Christians
While it is mostly Christians who talk about the Holy Spirit and are, sometimes, aware of the Spirit's presence and power, the work and presence of the Spirit are certainly not limited to Christians.
In recent years a sizeable number of people have claimed to be spiritual but not religious. Many of these are people who formerly attended church regularly and identified as Christians. But many others who say they are spiritual have never identified with Christianity.
However, regardless of one’s past or present relationship to a religious tradition, if a person is truly spiritual is that not because of the presence of the Spirit in that person’s life?
All “mystical” experiences, whether linked to a religious tradition or not, are possible because of and directly related to the Spirit. Even when Christian terminology is not used and the presence of the Spirit not recognized, the reality of the Spirit is the same nonetheless.
God’s Spirit and Christians
In the 12th chapter of TTT, I seek to show that for Christians the Spirit is especially seen as the way in which believers receive guidance concerning how to live and what to do. Also, and perhaps even more importantly, just as Jesus promised his followers, “the Spirit of Truth” guides them toward “the truth” (John 16:13).
The Spirit is also the source of empowerment for those who are aware of and receptive to the Spirit’s presence. That empowerment was seen clearly in the growth of the first Christian community of faith, usually called the early church.
That growth was largely because of the coming of the Spirit with power upon those followers of Jesus gathered on the Jewish holiday known as Pentecost. (That pivotal event is recorded in the second chapter of Acts, the fifth book of the New Testament.)
In the past century, by far the greatest growth of Christianity worldwide has been because of what is generally called the Pentecostal movement. While there are definitely some aberrations in that movement, its conscious connection to and emphasis on the presence and power of the Spirit is significant and praiseworthy.


[Christian (in any sense) readers are especially encouraged to click here in order to read the entire 12th chapter, which mostly pertains to the last third of the above article.]
Posted by LKSeat at 5:29 AM