Silence is probably the world’s most widely-read book about Christianity in Japan. Written by novelist Shusaku Endo, a reluctant Catholic, Chinmoku was first published in Japanese in 1966.
The English translation by William Johnston was published in 1969, and I first read it not long after it came out in English. (Johnston was also the translator of Dr. Nagai’s book Bells of Nagasaki, which I introduced, here, earlier this year.)
Silence, the Novel
Silence is a disturbing book, and a powerful one that merits reading more than once and thinking about repeatedly, even though it is about the plight of Christians in 17th century Japan. While there are many books about faithful martyrs, Silence is about those who lack the courage to suffer persecution and compromise their faith.
In the early 1950s, Endo, who was born in 1923 and died twenty years ago this month, happened to see a fumie in a Japanese museum—and that haunted him for years. In the 17th century fumie (literally, “stepping on pictures”) were used to induce Japanese Christians to renounce their faith—or to be persecuted if they refused to step on the images of Jesus or the Madonna.
Silence is about those who stepped on the fumie. 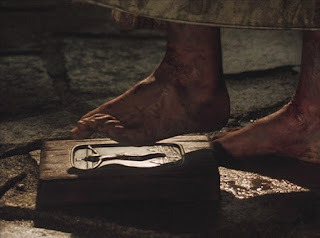 If you read the book, which I hope you will if you haven’t done so already, be sure to read to the very end—or otherwise you will miss the whole point of the book.
Actually, though, Silence was not Endo’s choice for the title of his powerful novel. He once said, “I did not write a book about the Silence of God; I wrote a book about the Voice of God speaking through suffering and silence.”
“Silence,” the Movie
And now Silence has been made into a major movie, directed by the internationally-known Martin Scorsese. It is scheduled to be released before the end of the year
The Japanese version of ChristianToday.com posted in Sept. 6 article that the new movie will be shown in Japan next year. 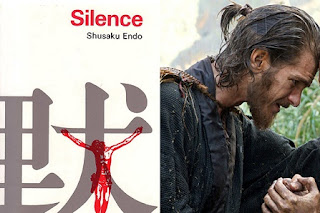 A few days ago, Sharon Bennett Lamb, a Facebook friend who lives in Tokyo, posted this on FB: "Oh my goodness, is this really being made into a movie? The book Silence touched me in a way that’s so hard to describe. I read it the first time I was in Japan 20+ years ago, and could not believe how much a missionary could love his people. I’m preparing myself now (tissues in hand)."
Silence and Beauty 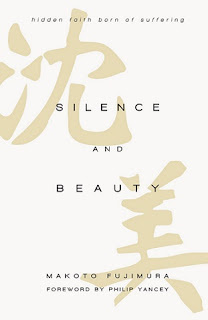 The most engaging non-fiction book I have read this year, and longer, is Makoto Fujimura’s Silence and Beauty: Hidden Faith Born of Suffering (May 2016). Fujimura was born in the U.S., the son of Japanese parents, but he has lived and studied in Japan—and became a Christian there.
Mako, as he is called by his friends, is an internationally renowned artist, and a year ago he became the director of Fuller Theological Seminary’s Brehm Center for Worship, Theology, and the Arts.
For years Fujimura has read, researched, and written about Endo and Silence, and his book is a marvelous interpretation of the content of the novel and how key ideas of the book are related to central features of Japanese art and sense of beauty.
To all of you who have not read Silence, I recommend that you do so this fall and then go to see the movie when it comes out. And while there will likely be fewer of you who will do so, I also recommend Fujimura’s fine book. It was worth much more than the $10 I paid for the Kindle version.