Naomi, my seven-year-old granddaughter, believes in Santa Claus, as do many children her age. My son Ken, wonders what to say to Naomi about Santa. Other members of the Seat family have shared ideas and insights about the Santa Claus “myth.”
Marian, my twenty-six-year-old granddaughter shared the “Yes, Virginia, There Is a Santa Claus” webpage from Newseum. Back in 1897, eight-year-old Virginia O’Hanlon asked about the reality of Santa in a letter to the editor of The Sun, a New York City newspaper (published from 1833-1950).
The response to Virginia’s letter, printed as an unsigned editorial, was written by veteran newsman Francis Pharcellus Church. It has become the most reprinted newspaper editorial in history.
In his response Church wrote, “Yes, Virginia, there is a Santa Claus. He exists as certainly as love and generosity and devotion exist, and you know that they abound and give to your life its highest beauty and joy.”
We adults know that the popular belief, like Naomi’s, in Santa Claus is a type of myth. And we recognize that Church’s editorial was a type of demythologization of the Santa story. (Actually, he was somewhat misleading and not entirely truthful in what he wrote to Virginia.)
But what about it? Is the Christmas story about the birth of Jesus much the same as what children are told about Santa? To hear some scholars tell it, there is not much more truth in one story than the other.
Many New Testament scholars agree that Jesus was not really born in Bethlehem. Nor was the visit of the Magi factual either, so, obviously, there was no actual guiding star. For a long time, “enlightened” people have also rejected the literal story of the Virgin Birth.
And now some theologians are rejecting the idea of God as an “objective” Being, so all the talk about Jesus being sent by God or being Immanuel, God with us, is not literally true either.
Further, with the growing emphasis on religious pluralism, the idea of Jesus being divine, a Savior for all the world, is being increasingly rejected also.
So, according to these “enlightened” ones, the stories that have been told about Christmas are all only mythical. The Christmas Christ “exists as certainly as love and generosity and devotion exist,” but no more as a real person than Santa Claus.
(Of course, there really was a historical person in the fourth century who came to be known as Saint Nicholas. So, too, most will acknowledge that there was a real person named Jesus of Nazareth. But both, it is claimed, are far different from the stories told about them now.)
But what does all this say about being intellectually honest? Are people being duplicitous in telling the Christmas stories—to their children or to themselves—while knowing all along that they are only mythical and not factual?
I am currently working on a book, whose subtitle will likely be Christian Faith and Intellectual Honesty. The first emphasis is that Christians (as well as others) should be as intellectually honest as possible. Lying, duplicity, or pretending myths or outright falsehoods are factual are practices that should be opposed and rejected as much as possible.
But while acknowledging that there are, no doubt, mythical aspects to the traditional Christmas story, I believe it is really true that “God was in Christ, reconciling the world” to God and to one another.
That is why I believe Christmas can be celebrated honestly. And that is why I can also truthfully wish each of you a Merry Christmas! 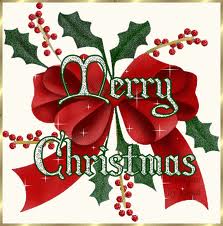